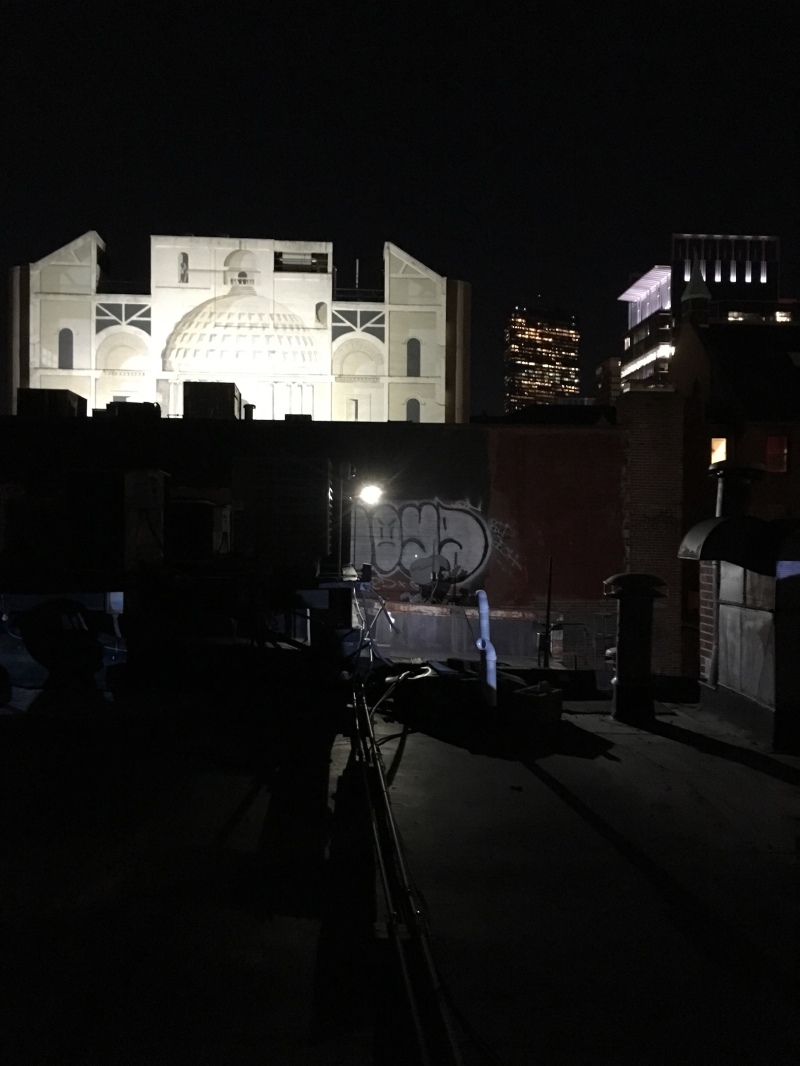 It has become one of the premiere beat showcases in the New England area. The monthly installment features outstanding producers from all over who come to bless the ears of Boston’s hip hop fans. The series has displayed not only talented producers, but also high caliber emcees, to the delight of the audiences.

To oversimplify the social nature of hip hop performers, Emcees are usually outgoing and extroverted. They are innately vocal and by profession, they talk a lot. Producers and beat makers are generally quite the opposite. Though this is a huge generalization, on most accounts beatmakers are typically introverts. They work tirelessly, mostly alone on their craft, digging for gems and spending long stretches of time honing the subtleties in each track. In the Nightworks series, beatmakers are propelled into the spotlight, with not only perked ears listening, but with eyes watching as well.

Episode 5 of Nightworks featured dephrase, Nothing Neue, Lightfoot and Elaquent. I was excited to see yet another solid lineup of beatmakers. Nightworks has really done an excellent job showcasing DJ’s from all over for a night of quality hip hop beats, some dope visuals and always a great vibe.

I was under the weather that night which hindered my physical motivation around the room. I ended up posted up on the couch next to the table, seemingly introverted myself. As Vinyl Villain described to me later that night, I was “being all antisocial sitting over there on the couch in the corner”

Kadeem and Rah Zen are the constants at Nightworks. Rah Zen is a master technician and talented beatmaker in his own right. He makes sure everyone and everything is alright at all times. Kadeem was even more hype than his usually energetic self. He had good reason, he was on the eve of dropping his dope collab EP with producer SlumLord titled The Game is The Game. The stunning visuals to accompany the beats were again provided by the talented Samo for the night.

DJ Manipulator was rocking the ones and twos between sets, maintaining a solid level of energy throughout the show. He and I chatted a bit about some upcoming projects he’s got in the works. I told him that his style reminded me of the x-ecutioners circa late 90’s/ early 00’s. He admitted they were huge influences on him. If I were an emcee and I was on tour, Manipulator would be my choice at DJ, without a doubt. Dude scratches with the hard boom bap beats, but also plays an impressive variety of soulful and eclectic beats to show his range.

First on the boards, dephrase rocked some seriously funky sounds and displayed good chops, featuring an adequate bounce to his beats. Dephrase definitely has an upbeat vibe with plenty of danceable beats in his mix. His energy is infectious and he was a positive force displaying his sound to the crowd.

Brooklyn’s own Nothing neue brought out some dope energy of his own, proving contrary to my loose theory of introverted beat makers. Dude displayed his brand of hype beats, full of unique percussion samples and a high paced vibe to just dance into the night. Am enthusiastic and outgoing performer, he left it all out for everyone to hear, and he provided that uptempo vibe throughout his set.

Boston’s own Lightfoot layered his samples just right, without cluttering the track and supplied a healthy punch from his drums. Dude showed a range of abilities and sounds during his set. Lightfoot’s beats have a crisp finish with subtle touches and slight added flourishes to each track. It was evident to me how much he cares for audio fidelity with clear and defined sound elements in his beats. His tracks sound meticulously crafted. His drums are so highly selected that His Wave Pack drum kits are available at his website for producers and beginning beatmakers. 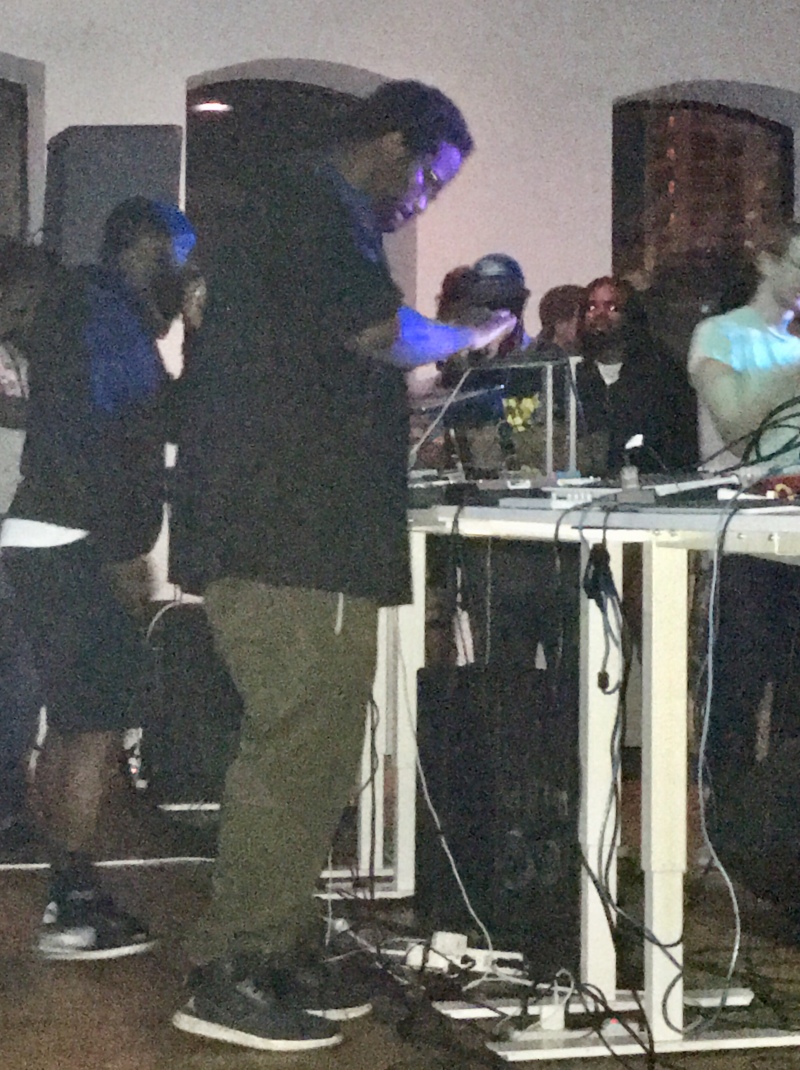 Elaquent out of Toronto is an accomplished producer, working as visionary composer of instrumentals and also as a producer supplying beats for emcees as well. He dropped his Celebrate Life EP this past winter to critical and fan praise. Elaquent is a quiet, very humble dude who chose to closely watch the other performers throughout the night. He was gracious to fans, myself included and chatted with Boston’s resident historian Dart Adams while he vibed out until his set.

Elaquent wasted no time in showing his impressive skills. At one point he used an iPad to chop samples up live, during his set. He has been known to put on excellent performances, but for a guy who is quiet and mostly keeps to himself, he really expresses himself in a grand way while showing fans his pretty spectacular talents in beats and chopping samples.

Here Elaquent mixes a jazzy sax and a wobbly synth with some snappin drums to achieve a full vibe without the track sounding too busy:

Elaquent is the type of guy who prefers to stay out of the spotlight, chooses not to talk too much, or be too flashy with his own presentation of self. Of course, this is referring only to his own personality and not his music, which is vibrant and rich and pulsating and very much outgoing. Elaquent speaks through his music, loud and clear and full of life.

Nightworks continues to bring hip hop fans unique producers and beatmakers with serious talent. The series provides us with a cast of characters that range from the wildest, most-hype cats to calm, cool, and collected dudes. Each of them has given listeners a fully immersive experience to keep with them as another memorable hip hop night.

this is just one chapter..