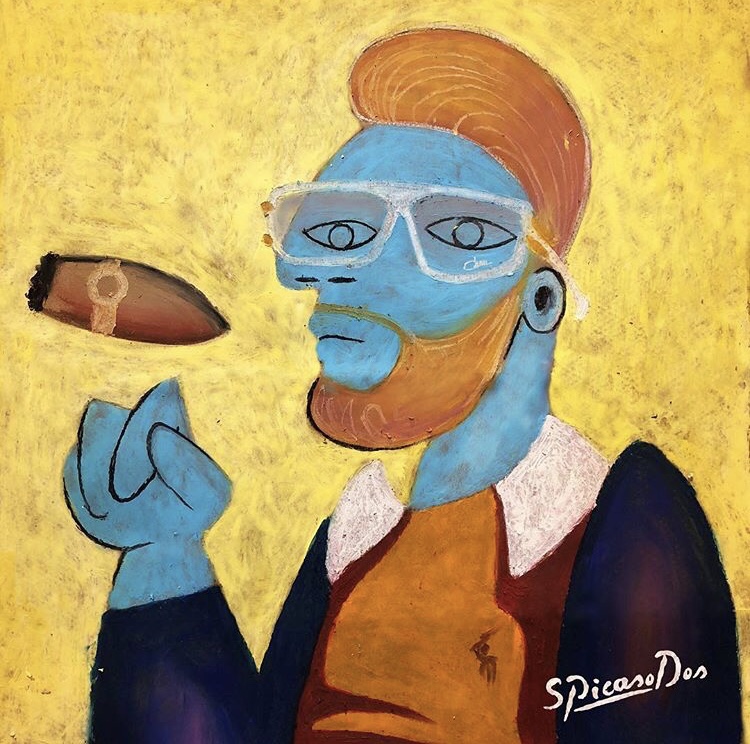 The Queens, Lo-life emcee links up with Toronto producer The Kurse for their second project, Spicaso Dos. The album showcases both Eff Yoo’s lyrical skills and The Kurse’s ability to sample from any genre and pull together unique and enjoyable beats.

On the opener “Saturday Night Special,” with his semi-monotone flow Eff spits:

“My entire.. repertoire is fuckin fire,

Fire rings, I only walk-in when the choir sings.

Wrote this whole rhyme on an accidental whim,

in a leather-bound book made of pterodactyl wings.

Fresher than I ever been,

my shit is sick, my pen is penicillin…”

Even though the posse cuts and features are all dope and bring some serious talent together, it’s the solo joints “Saturday Night Special (Dos)” and “Spic Rude” where Eff really shines. He uses his wordplay and effortless flow to ride the thumping beats that The Kurse lays. Both tracks have clean, well-mixed production from The Kurse, giving a rich and full sound to each joint.

On “Saks Fifth Avenue“, Eff recruits fellow Queens emcee and rising talent Fastlife over a futuristic banger from The Kurse.

“Sounds like Fun (Tons of Fun with Buns and Guns)” closes out the EP in 80’s fashion as The Kurse lays an elegant r&b loop with a funky bassline and a sax as Eff goes triple-time, tiptoeing on the beat.

Eff Yoo delivers many comic punchlines and hilarious metaphors, never taking himself too seriously. He balances the wittiness with a “smack the shit outta ya” kind of attitude. Spicaso Dos is a well-produced album full of trunk-rattling beats and memorable lines from one of Queens finest emcees and one of the more versatile underground producers in The Kurse.