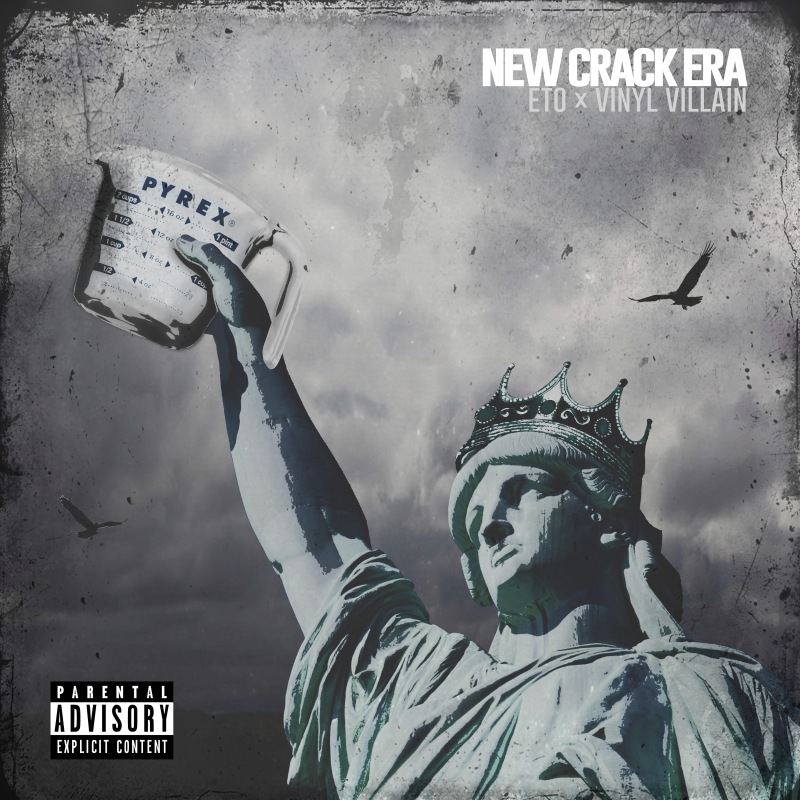 Step around the cracked Pyrex and broken vials strewn about. Trash is littered everywhere. A smoky yellow haze sits at eye level. Fiends lay across the ground. You’re deep in the New Crack Era, and your tour guide is Rochester’s Eto. Vinyl Villain handles the beats, bringing his brand of cinematic production to coincide with Eto’s tales of harsh realities.

Eto always balances his lyrical content. Painful and real, but full of heart and substance. He often rhymes of the loyalty, the values he holds high, and the treachery that ensues in criminal endeavors. Eto is always careful to note that those tribulations in life may often create a greater, stronger sense of self.

Vinyl Villain, the Marty Scorsese of hip-hop, complements Eto’s dark street stories with his own hazy, blunted production. The project, while polished and mixed perfectly by DPolo, remain filthy in feel and texture; a perfect match for Eto’s vivid street portrayals.

Eto has gained even more favor of late with his intense grind and frequent features on some of this year’s best projects. Vinyl Villain has also had a tremendous year, with huge placements with many underground elite emcees on some of the best albums this year.

Eto comes out the gate on the opener:

In the spot, no couches, I slept on things

Inhale a bump out the George wash.

Get ya door boss’d in, check my report card.”

Before I shoot, roll up the sleeves..”

Eto is probably the only person that can use the word dungarees without sounding like my grandmother. His delayed delivery coupled with his inimitable voice, make his flow that much more captivating. Eto has really emerged as an elite emcee; proving once again with this project, why he’s in the discussion for one of the best right now.

“Holes In The Desert” A standout banger amongst a project of dope tracks, Eto is as focused as ever rhyming:

Shit I had to grow up in,

You don’t wanna push those buttons.” 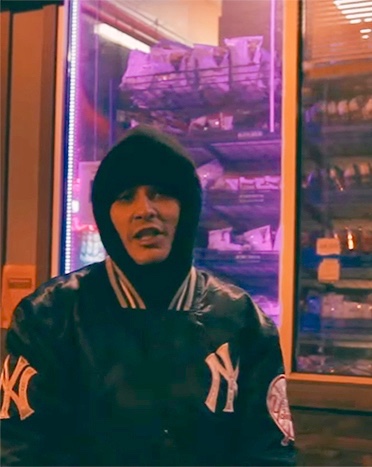 Can’t be considerate to the hypocrite.

“Cleaning House” Villain Villain plucks a sped-up 80’s synth sample to pair with an r&b sax loop and rolling drums. Eto dishes out his wisdom and advice to avoid the pitfalls of crime.

“Carry On Tradition” Over echoing piano loops, drums and just enough bass, Eto is isolated on this bleak track. Eto indeed does some heavy lifting to maintain tradition, picking up the slack from those who failed or faltered sling the way.

“Catch you on the other end,

These n***as’ll lie just to vent

It’s us against the one percent

I like my shot glass dirty and hands clean

Prolly got blood on the canteen

I know this song well but I can’t sing

With the help of Producer Vinyl Villain, Eto paints vivid imagery within a desolate soundscape. Not post-apocalyptic or sci-fi, but reality-based, with a thick film of grime. All the tracks on New Crack Era thump with big drums and deep bass. This project links together two of the current best in their respective lanes. With the help of Vinyl Villain’s trademark cinematic beats, Eto gives us an awakening of the real and brings us straight into the New Crack Era.

Cop the album out 12/6 available on CD and digital here: