Snotty returned from “a bit of a hiatus due to a legal situation,” to drop Colombian Snow Talk for free on Feb 27th of 2019. With his latest release, Snotty himself describes Carfentanyl as “Very personal to me. I got alot off my chest on this EP.”

Intro (Cavalier) Snotty lays down almost slurry vocals over streaking guitar chords and arena rock drum fills. On Sin Modelos Str8 Bangaz samples a loop from Rubba’s “Way Star” to create a mix of nostalgia and hope. While it is certainly a heavily flipped sample, Snotty provides a hefty serving of confidence in his delivery over the loop, offering up insightful lines like:

Was only falling back

The rumors and the whispers I heard all of that

You know I got that shit that keep em callin back

What you wanna hear about?

The wins and the losses

The lessons we was left with that done turnt us to bosses.”

With only one guest spot on Carfentanyl, Snotty relies on an emcee who pairs well with his clever lines on Everlasting feat Pro Dillinger. Pro Dillinger lends his throwback flow here. The sample is a lively layer of flute loops, piano chords and drums along with a soulful vocal chop to create an uplifting vintage tempo on this standout joint. The Overdose is a synth heavy joint with a vibe. Check it out here:

For Str8 Bangaz, the strings loops and punchy drums on Farewell show the heavy influence of classic east coast 90’s beats in the echoes of his production. Certainly a standout track on this short EP. 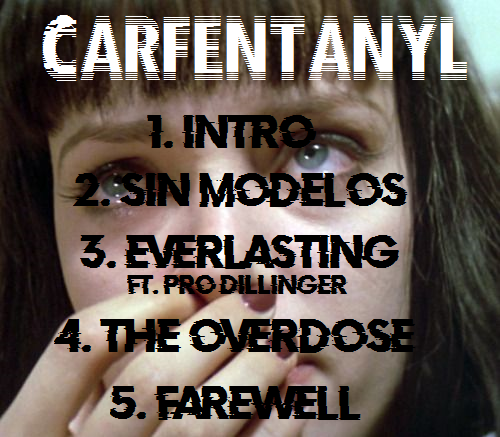