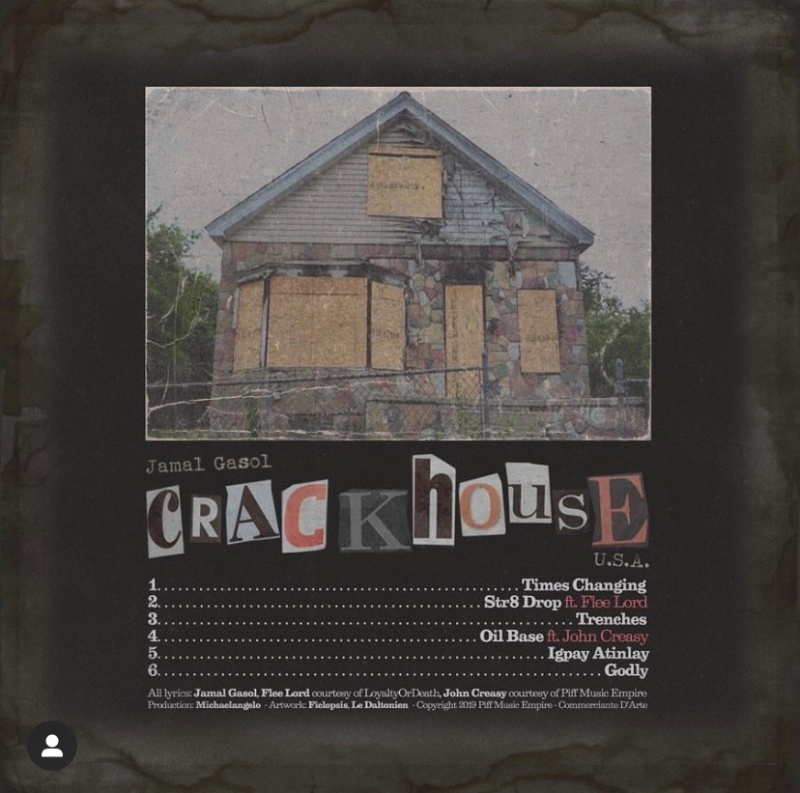 Drawing inspiration from the 2010 documentary of the same name, Crackhouse USA finds the Niagara Falls emcee connecting with Massachusetts rising producer Michaelangelo for a brief glimpse into the harsh realities of the present-day traphouse coupled with the lingering effects of the 80’s crack epidemic. The Diadora Don provides his boisterous vocals over 6 finely-crafted soundscapes that range in mood from bleak and desperate to hopeful and nostalgic.

Jamal himself was quick to make sure Crackhouse USA isn’t dismissed as merely an album, but characterized as more of a concept; a companion to a way of life. He provides the context from his own background of hustling and pursuing that lifestyle early on.

Jamal Gasol: “I don’t really consider this to be an album, but more like a soundtrack for the street lifestyle. All street shit to go with the vibe I got from the film.”

From the jump on the ominous “Time Is Changing” Michaelangelo uses what sounds like an 80’s horror movie piano loop along with crisp snares. Flee Lord drops by with a raw feature verse on the groove of “Str8 Drop.” On the swaying “Trenches,” Jamal’s confident flow and blunt depictions of hustling maneuvers pairs nicely with Michaelangelo’s haunting loops and often enigmatic production.

Peep the video for “Trenches” here:

Jamal speaks on the inspiration behind watching the doc: “I felt like I was watching the old me. Couple homies in the trap house tryna get it, but at the same time I understood what I signed up for so we knew what comes with it.”

Michaelangelo really brings it back with the trembling xylo loop that echoes on “Oil Base” which features Jamal’s hometown partner in crime, John Creasy. On “Igpay Atinlay” Jamal stays dropping jewels as he opens with:

“A wise man once said nothin at all

I speak Piglatin in all my calls

Everybody wanna be the boss, but me

I just want my girl to accept me and all my flaws.”

Gasol on choosing the lifestyle: “I honestly have respect for people who made that choice when there was none left. But if you do got other choices, take that chance cause the streets ain’t for everybody. The streets ain’t a myth.” 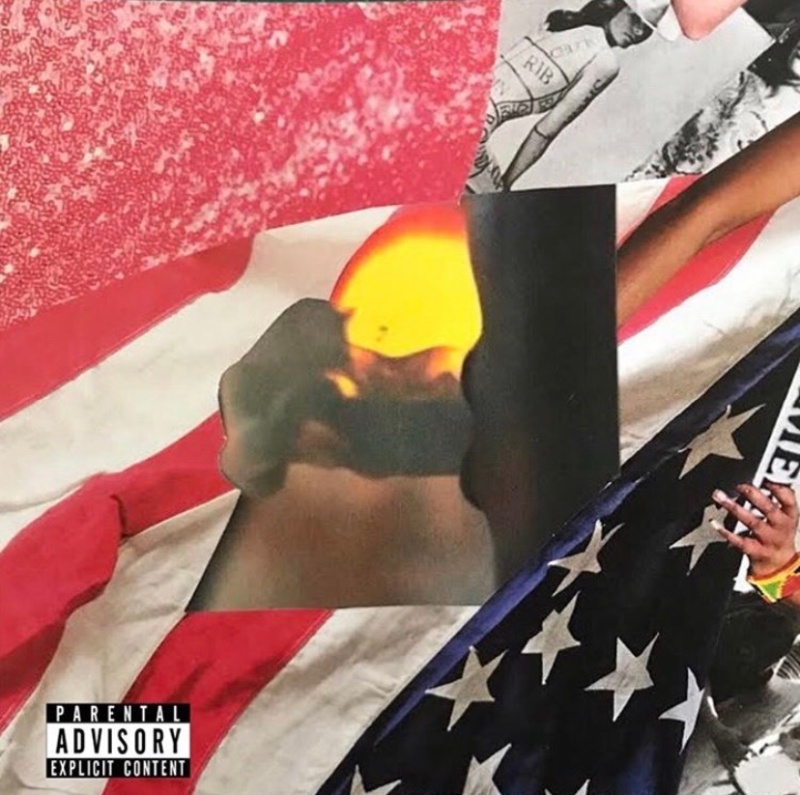 Whether he’s breaking down the slick nuances of the hustler, or the tragedies of the streets, Jamal Gasol has a knack for his honesty and his direct delivery. Michaelangelo stretches a sonic canvas that captures some of the hopelessness and depravity of the fiends and the living conditions of those crackhouses, yet also provides some throwback uptempo vibes to adequately vary the short ride. He pulls some great samples for Jamal Gasol to spit on, ensuring plenty of head-nodding.