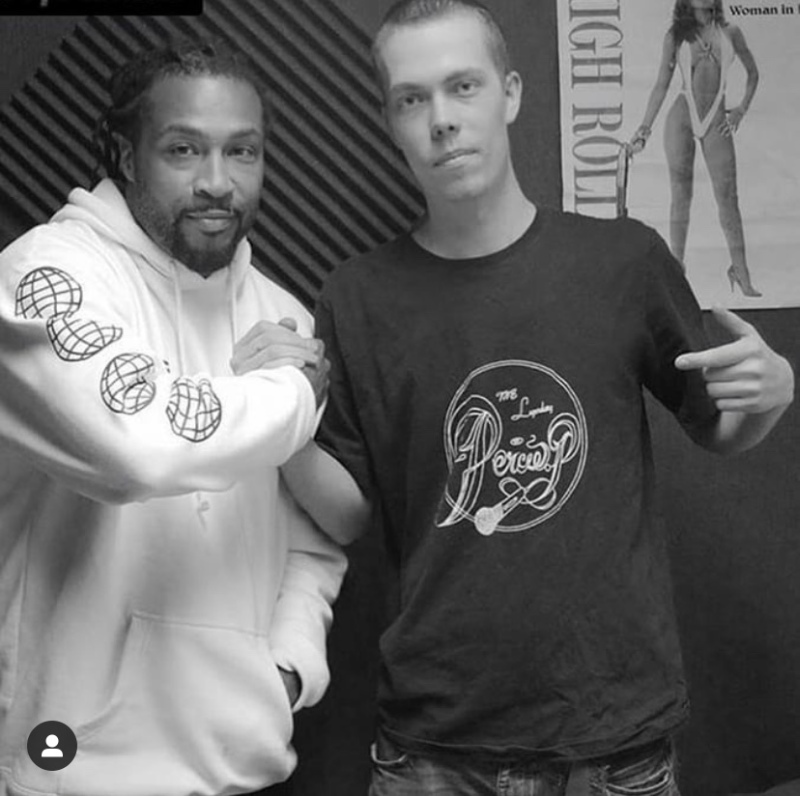 Boston veteran emcee, Akrobatik may not frequently release music the way the current wave of artists has been, yet he always delivers. On December 27, 2019 A-to-the-K graced fans with his new project AKLX, fully produced by Helsinki, Finland’s LX-Beats (aka LX). The two have quite the bit of history and chemistry over the past few years. The album was originally slated for a 2016 release, yet both were continuing other projects, pushing aside this one for a further release date. Eventually all that began to come to fruition back in 2015 when the pair released “Migrate” (included on the new album) featuring Boston, by-way-of Lynn/Revere, MA Emcee and EMS member, M-Dot. In 2015 the track “A.H.O.D. (All Hands On Deck)” featuring Redrama, Reks, Are and Chino XL again showcased the chemistry LX-Beats and Akrobatik possess.

It’s a blessing to see that AK has been doing well after the heart attack he suffered in 2011. Following a one-year hiatus, he proved nothing changed in his ability to rock the microphone while also delving into the personal experience and his health on the 2012 song “Alive”.  Many Akrobatik fans know he has frequently worked with producers Fakts One, Illmind, Therapy (aka Paten Locke)(R.I.P.) & Willie Evans Jr. on past albums and EPs  throughout his career. LX-Beats continues with a similar style of production that fans are accustomed to hearing Akrobatik over: Boom Bap!

The first track “Poetic License” eerily creeps in as Akrobatik introduces himself before providing us with bars that speak on his never-diminishing skills. The sample gives off a horror theme feel, while LX laces the track with booming drums. As a Black man, we know through the disturbing trend of police confrontations and the negative nature of these situations. On “Here We Go Again” this type of encounter is descriptively presented in wordplay that allows the listener to fully comprehend such contexts. The MC Lyte scratch hook is precisely executed by Gent, Germany’s own, DJ Grazzhoppa, who has showcased his skills throughout the years, working with many talented emcees and producers in his career. “Copay” addresses the topic of musicians’ lack of medical insurance based on their profession. Many artists/msuicians struggle to pay medical bills, maintain their health with big pharmaceutical‘s high prescription costs and are at odds in our society’s constant impositions. Akrobatik really delivers with the thought-provoking content here. 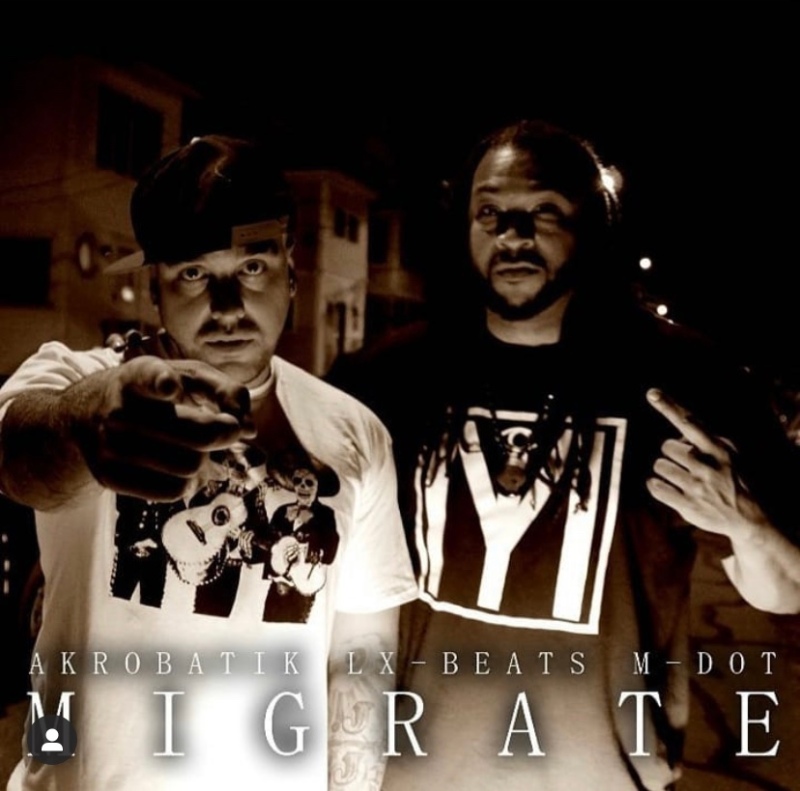 “Migrate” has been receiving significant replay, numerous times since it’s release more than four years ago. M-Dot and Akrobatik exemplify rocking stages in multiple cities, states and of course other countries. Roxbury veteran, Edo G. and Boston’s Mr. Lif come through to lend their lyrical talents with solid content you expect from them as guests on “Bend But Don’t Break”. These three on the same track is some legendary Boston/ Massachusetts rapping at its finest! DJ Grazzhoppa’s precision cuts are evident here as he closes out the track. The atmosphere created from the production on “Blackout In The Booth” gives off a hazy smoked out session feel while Akrobatik blazes the mic with a faster tempo. Ak reminds everyone he can’t be placed in one box with lines like,

“Once my ego popped out cause now I teach class at the school I dropped out.

Lucky I ain’t gotta grade you rappers sometimes I wonder who paid you actors.” 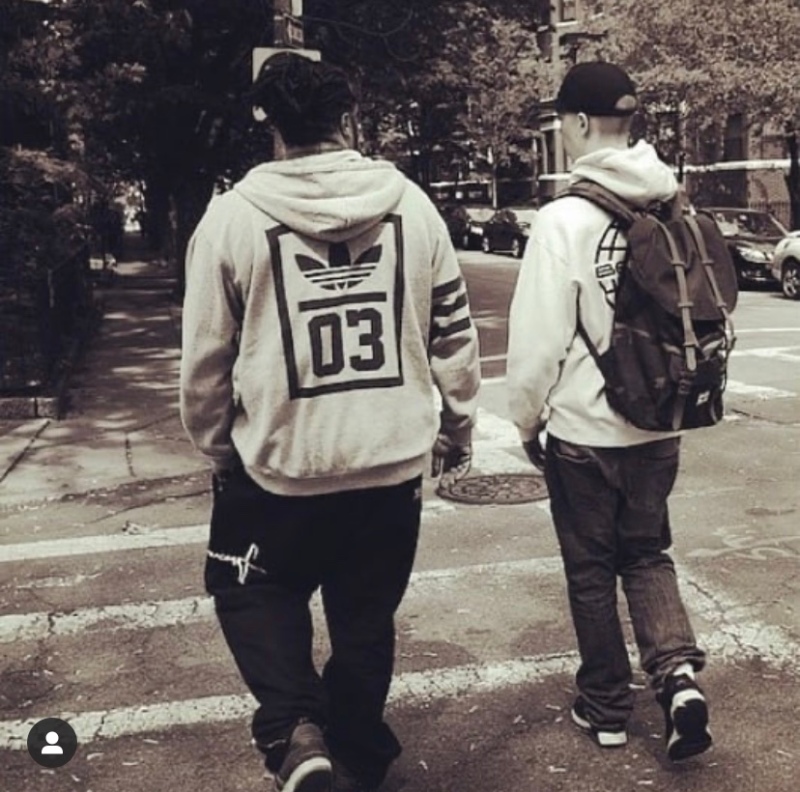 Ak delivers another highly relatable concept joint on “Scam Likely.” The description of the devious minds of the world trying to deceive the public, in person and on social media on this joint is accurate and real. As we come to the final track of AKLX, Akrobatik switches vibes to summertime storytelling with “Live At The BBQ ‘20.” With rhymes about card playing, reminiscing, generational family music disagreements, all tied with the highs and lows of when a family comes together. A settling fun song to bring closure to AKLX. LX-Beats provides laidback production that beefs up during the hook, using a nice transition.

Core Akrobatik fans will not be disappointed as his maturity shines as well as the importance of one’s health. Those who are unfamiliar with Ak’s work have come across the right album. Those looking for more boom bap with fitting lyrics will also find this a satisfying project. Ak’s lyrics show that he is able to tackle life’s moments as an adult while continuing to show that his skills have not diminished. Hard bars, along with relevant content presented through Akrobatik’s life and his community are relatable aspects relative to all emcees and are integral parts of AKLX. This album should intrigue listeners to seek out more of LX-Beats production. Technology once again has bridged the gap in the creative process for music from Beantown to Helsinki. 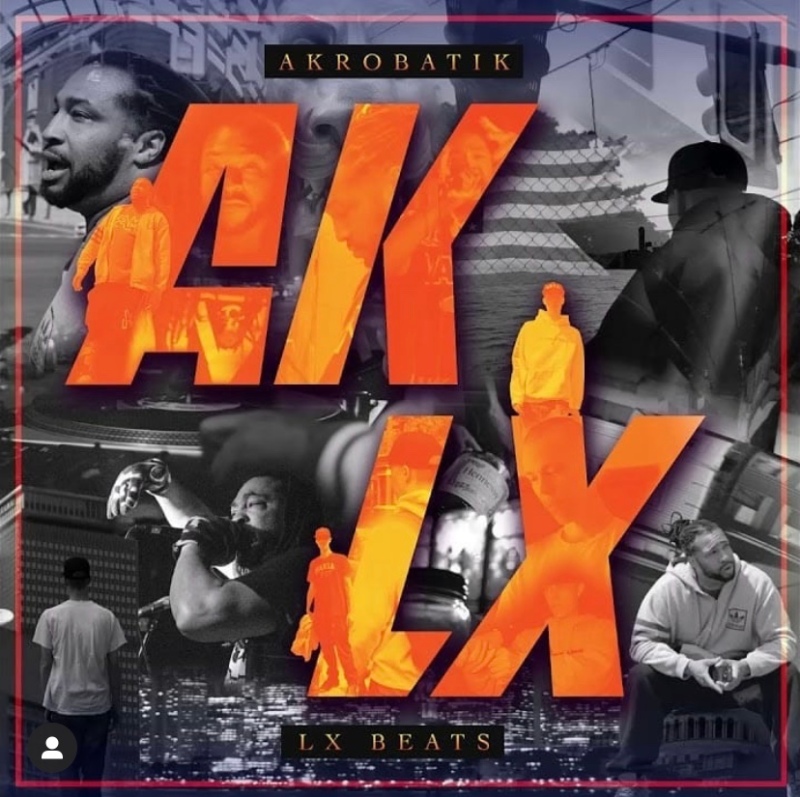 The album is available here: