When the borough of Staten Island is mentioned, a few things immediately come to mind: The expensive tolls at the Verrazano Bridge, the mighty Wu-Tang Clan and the Staten Island Ferry. While the Wu basically put Shaolin on the map musically, “The Forgotten Borough” is an unfortunate stigma that not much else good comes from there. Emcee Squeegie O seeks to disprove those negative notions about his home borough with his latest project, F.N.T.G. (From Niggaz To Godz).

Entering 2020, Squeegie O comes in with a discography more than seven projects deep over the past seven plus years. That experience is clear in his content, song structure and confidently smooth delivery. On F.N.T.G. the musical landscape is shaped by Amsterdam, Netherlands producer, P Souloist. Upon numerous spins, the synergy of Squeegie O’s diverse song content and P Souloist’s production is evident as they have developed a distinct mood on each track.

The imagery conjured from the intro is that of a laid-back family Sunday as a soulful vinyl record fills the air, fitting for the title “The End JUSTIFIES The Means (Intro).” As “No Luv” begins its established early that Squeegie O is unapologetic in his approach, stating: “Your love was never needed nigga, plus your hugs was never needed nigga…” The psychedelic production builds up as a guitar takes you deeper into Squeegie O’s life and society. The current rap life has provided highly questionable clothing selections, fake thugging, and more opinions on the industry through his “Open Letter.” Egon Doe and Squeegie O link up on “Chesson Boise” as they have done throughout their careers. Here they’re dropping bars over a spooky-looped, bass-thumping P Souloist track reminiscent of something from Redman’s Dare Iz A Darkside. The title is distinctly accurate on “Flesh Eatin Bobby”, as the rhymes and evil rock essence from the production deliver a sinister vibe. The vocal sample loop on “Let’s Stay Together” feat Mvtha Cvla is engulfed in a mellow vibe, yet presented with a serious topic. Squeegie believes in the best for our youth as he questions largely, the world and the pervasively negative music we raise them on. “The world is yours, you got to teach the young.” P Souloist unearths his own inner Staten Island with a slight Wu-Tang vibe on “Kabrina.” “Harbor Kidz” takes us on a lyrical journey with Squeegie O and Baltimore emcee/Staten Island native, Jamil Honesty. 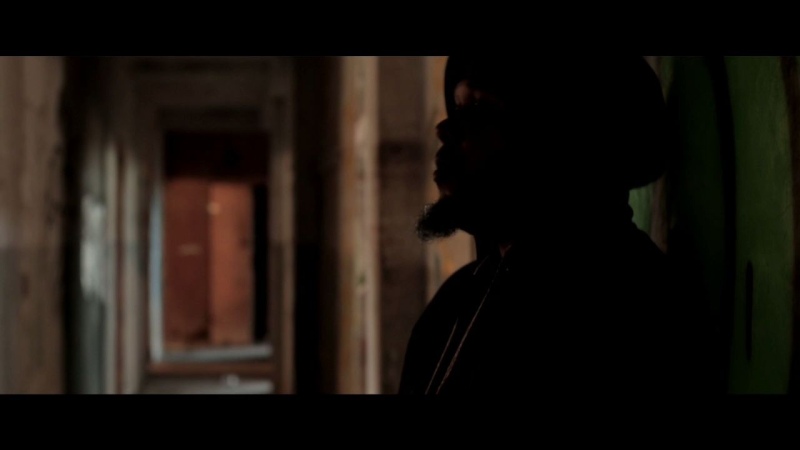 “My Uncle said in theory we are Prisoners to our conscience, controllers of our destiny, each level gives an outcome…“ This is the epicenter of “Karma.” The influence of technology (social media, big brother, accessible information) is a gift and a curse on “Negro 911” with lines like “babies are born into technology, four months with a phone in his hand…” The struggle of feeding oneself, paying rent, impressing women, sneakers, clothes, food stamps/EBT, and hustling, are the focus of “Definition Of A Broke Nigga” with Drugunn$ delving deeper on the second verse. “Step Brothaz” featuring San Diego, CA Emcee Scvtterbrvin (of Red Lotus Klan) brings the lyrical dexterity from both coasts as distant relatives. Having no direction, contemplating death, and feeling as if you won’t make it in life is a road to “Nowhere (Riding Shotgun)” as the Staten Island emcee’s thoughts take control while watching it a unfold. As a segue from the previous track, Squeegie O speaks on his views of cheating death/gambling with life, traversing to the afterlife to speak with loved ones on the first half of “Eid/Vil.” The latter half of the track follows the S.I. emcee reveling in life’s evils from prescription drug addiction, attention, followers/likes via social media, using others, bad credit and scams, to strippers receiving record deals.

Squeegie O: “This album isnt all happy-go-lucky and it isnt the usual jackin Griselda wave shit niggas are used to hearing today. This album is my growth, my life. I may not be everyone’s cup of tea but I make shit relatable to the average joe or the person who lives realistically in a plastic based world. From Niggaz to Godz is the story of life in emcee perspective. Cause the truth of the matter is, however we live, “We All Evolve From Niggaz To godz,” (we) just have to stop doing nigga shit in order to see the true god living inside you.”

The music industry’s portrayal of us, their influence on the youth and their attempts to silence Boom Bap in the mainstream are all recurring themes on F.N.T.G. Squeegie wants us to see this and actively think about such things. Striving to push the youth to believing they can be on a brighter path starts with us, the adults and elders. Amsterdam producer P Souloist is key to the cohesion of this project as his production couldn’t be any better throughout the entire album. Expect more great work between these two. Squeegie O’s lyrical expressions aims to have the listener become more aware of the world we live in. He shows us how the hood is past, present, future for him and for many of us growing up. Squeegie touches on life struggles, success and failure, and self-awareness. He holds these as crucial topics, central to his persona and close to his heart in conveying a sense of truth. Never eluding the fact that there is more out there than what is fed to us. Elevate our minds “From Niggaz To Godz (F.N.T.G.)”.