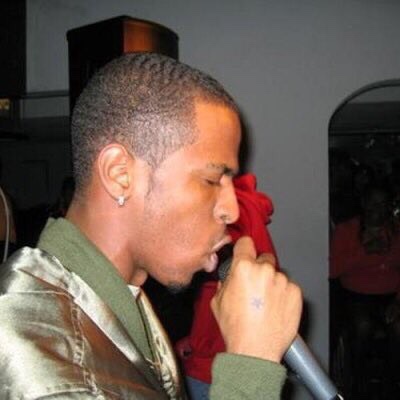 The co-captain of Tha connection and Co-founding member of The Winners, Hempstead, Long Island’s SmooVth has experienced a blessed career in hip hop. SmooVth has maintained a strong presence in the independent/underground scene while simultaneously establishing himself as an elite emcee. SmooVth stays sharp with his craft, has an excellent ear for beats and a professional approach to meticulously crafted projects.

Full of exuberance and a bit of youthful naivety, a “Young SmooVth” is captured on this album of previously unreleased cuts. These joints showcase the hunger and ferocity that a baby-faced Smoovth displayed in his early days and in-between years.

The tracks display an appropriate feel of nostalgia in the beat choices while varying them enough to maintain listeners attention through this journey into the past. The tracks from Young SmooVth were born across a wide range of time, spanning from 2005/06 to about 2013

Deeply Rooted Hiphop caught up with SmooVth to break down some of the history and stories behind a few of these “lost” joints that defined the Young SmooVth era.

SmooVth: “Having kids saved my life, to be real. So to hear the aggression and pain in the early work is dope” 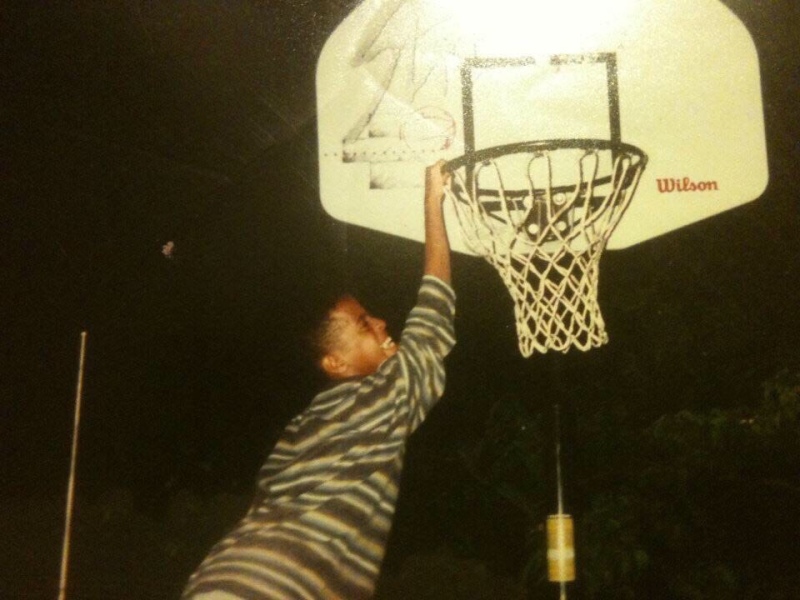 S:”During that time (back in ’05/’06) I was doing shows. A lot of that early work was before I had my first born, my son. So if you notice the transition, my newer work speaks more on my past experiences and being older and smart enough not to get into that shit. But my old work, tracks like ‘Pledge,’ ‘Trapeze,’ and ‘Shimmery,’ that’s me when I was actually living that rough lifestyle.”

“Shimmery” (prod by 12-bit) over booming drums, SmooVth spits a quick verse ending with the definitive:

“I been rhyming since 9”

S: “The dark vibes in ‘Pledge’, ‘Trapeze’ and ‘Shimmery’ really represent the life I was living at the time. I was not too far out of just finishing school. I used to hang around a bunch of dudes at that time. Ride around and smoke, haha, do things guys that age do. I would find myself getting into trouble for doing dumb shit that young guys get together and do.”

On tracks like “Don Dada” (prod by Doktor Rheal) Smoovth keeps a street edge with this track as he flows over pianos, a strong bass line and thumping drums. It’s another standout joint on this album of vintage sounds. “Play The Game” (prod by EVB) is also standout joint, as SmooVth dances over the beat, flexing his strong vocal delivery. “Walkin Down The Hall” (prod by Sci Fi Stu) Over a beat full of vintage piano loops and dusty drums, SmooVth rhymes some youthful and simplistic lyrics to comical effect.

“Strawberries” (prod by Knxwledge) SmooVth deconstructs the multiple variations of the red berry over a slapping beat with gentle bells.

SmooVth kills the concept here with lyrics like these:

Strawberry shortcakes, you gotta love it

Strawberry air freshener in the Benzo,

That’s my shit, I ain’t driving no rental.

That’s my bitch, I ain’t datin’ no pencil,

Strawberry starburst deep in my pocket. 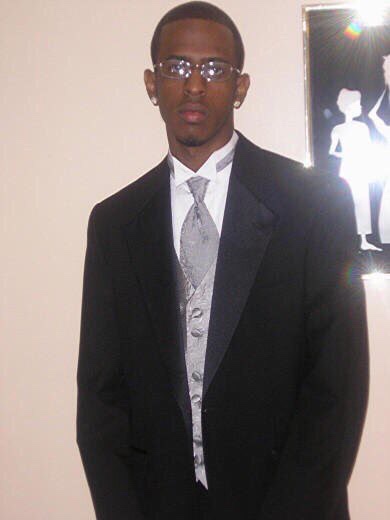 “The Pledge” SmooVth: “At the point of pledge I had tons of guys behind me going with me to shows, so if there were any street issues we dealt with that. So at that point I’m thinking yea it’s cool to have all these dudes behind me for protection or whatever but I’m realizing there’s hate outside and I gotta watch my back. That’s why in the first line I say:

“If I had a dime for everytime cats fronted, I’d have enough trees and change to roll blunts with.”

“Water” (prod by Yuni Wa) Smoovth takes the esoteric martial arts focus here, including some notable Bruce Lee audio clips to show some of those balances in life.

“Trapeze” (prod by EVB) The drums thump hard and the loops are ever so subtle as SmooVth talks of the moves to make and avoid out there.

foul, everybody want a piece of the pie

Transparent, you people so see through

High with the gods, SmooVth connect wit the evil.”

SmooVth: “On ‘Trapeze’ I was talking about my life and what we were going through and the stresses of not wanting to get in trouble. Hustling, but at the same time dealing with beef and trying to avoid police, survive basically. A lot of that shit I was going through was darker times here in Hempstead; I was just describing the neighborhood.” 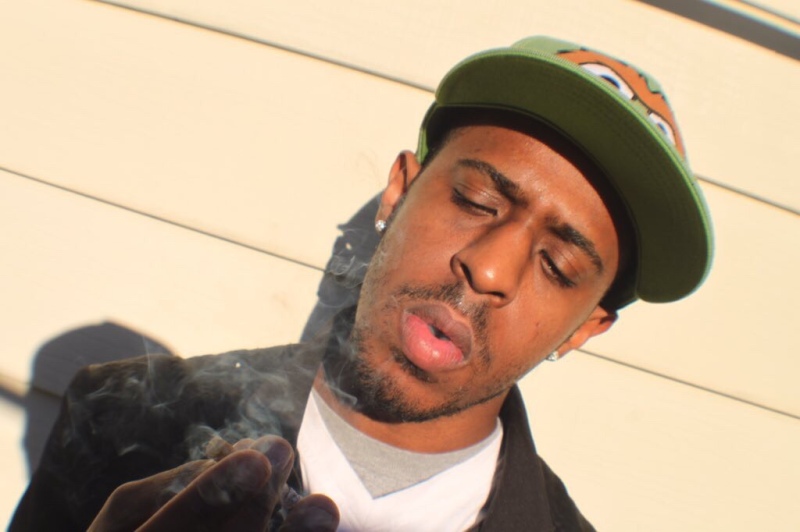 “Voices” Feat Hus Kingpin (prod by DJ Kryptonite) It’s fitting that the only feature is SmooVth’s long time partner and collaborator, Hus “Wavo” Kingpin. Over elegant harps and strings, both emcees describe how they’ve “been through so much” that they’ve started to hear voices in their heads.

SmooVth: “That Voices joint featuring Hus, that’s another old one. That was around 2006, so I was about 20 and he was like 21. Thing is we started on MySpace before Twitter and all this other shit. We were some of the first working with overseas producers. I remember getting beats and using google translate to try and communicate with guys who didn’t speak English. So I personally feel what’s going on now with all these producers sending shit from different countries. Hus and myself pioneered that… Back then, dudes used to make beats in their bedrooms just for the love of making beats and at this time, we were on MySpace fishing out producers and bodying tracks from each guy…just trying to conquer each country and make it onto everyone’s Top 8, haha. Hus and I were known as Tha Connection back then. At that time, if you notice the quality, some of the joints are a bit more rough than others. That’s because we were just young. Hus and i didnt fully know what we were doing yet.” 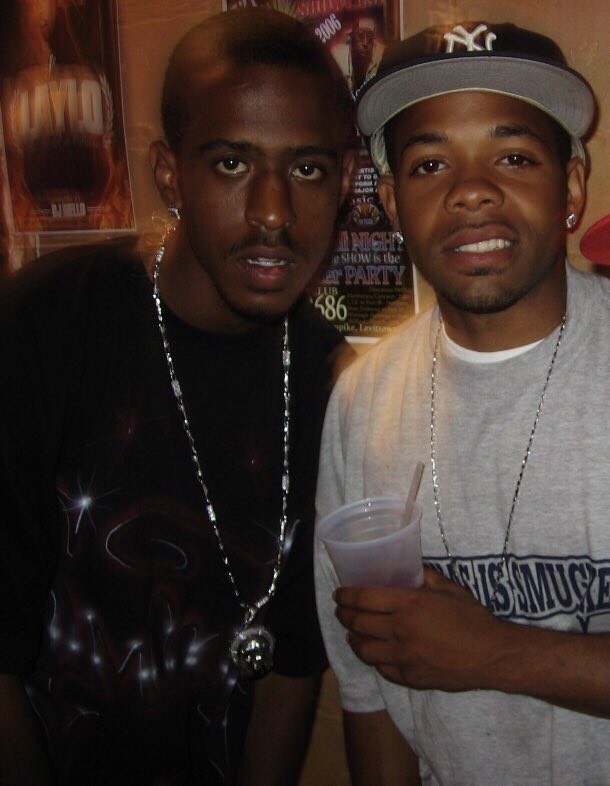 “Reminisce” (prod by Philanthrope) The beat creates the exact mood intended as SmooVth details family stories that have stuck with him and made a lasting impact.

“Procession” (prod by Doktor Rheal) A beautiful and simple piano loop with punchy compressed drums, SmooVth brings his deliberate flow as he keeps it moving on this throwback cut.

“Feelings” (prod by INS P) SmooVth opens up a bit on this joint. The beat maintains a nostalgic vibe with the light guitar sample along with the clean snare and bass combo.

“There She Goes” (prod by DJ Kryptonite) Here, SmooVth ruminates about a love lost and the things that could have been. Meanwhile he catches a beautiful woman passing by and ponders what could be in the future with her.

“Dirk Diggler” (prod by Manu Beats) Closing the album out, SmooVth flows over a bouncing beat with piano chords and echoing snares. SmooVth spits lines like:

“Life of crime, rhyming since the age of nine

At the same time blinded by the daily grind

Get this money, funny how it change ya thoughts

Cost to be the boss, spaghetti meat and sauce

Crazy how I get lost when I read the Source

Try and touch that, blitz a n***a touchback

What’s it gonna take to get my iPod touch back

I’m like fuck that, cuz anybody listenin will respect the penmanship, quite diligent.”

SmooVth: “After Giallo and I did the Medellin projects, I felt like it was time to get back to making music all across the board. This Young SmooVth shows that. That range of different sounds and types of beats. That’s another reason why I wanted to drop it, to show people what I can really do. Medellin 1 & 2 are conceptual albums. Giallo was in his bag of latin records for a while, so we thought of how can we make use of these. So we turned it into a cartel series; Like some narcos shit, but paralleling it to life coming up in the jungles of NY. He made so many beats with the latin vibe that there was enough to make 2 solid projects. And there’s still more in the stash if we decided to do another.”

While both Medellin projects have been very successful and critically praised, Young SmooVth is certainly a departure from those highly conceptual albums as it encapsulates a different lifestyle and persona of SmooVth from the earlier chapters in his life. Perhaps combing through these old tracks and releasing this album has been therapeutic for SmooVth, as he looks back on those earlier years with some fondness but also with the wisdom and growth he’s attained since. Young SmooVth is a solid album of previously unreleased joints that any fan of SmooVth Calhoun will want to check for. Cop the album on Feb 11th, available on all streaming platforms, iTunes, tidal, Spotify, Apple Music etc. and for physical copies at: