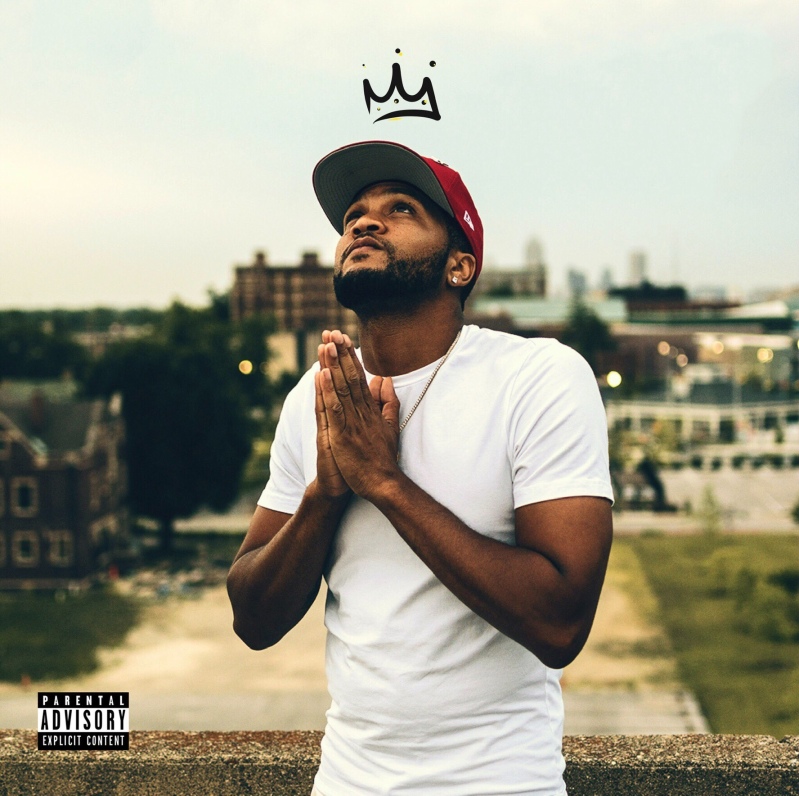 Indianapolis-native Tully C drops off a quality project with some memorable moments. On Ego, Tully focuses on balancing a healthy sense of self while maintaining a level of humility. While his focus may be all business, Tully also has some fun on Ego, evident through his mid-flow chuckling and his overall demeanor on the mic. He’s not taking anything too seriously, including himself.

Fellow Indy native and long-time friend DJ GB (Co-producer alongside Syksense on “Draft day” off of Drake’s Care package) handles the majority of production (7 tracks), varying some sounds and textures, all the while providing lots of percussion and solid drums.

Deeply Rooted hit up Tully C to get the story behind the Indy emcee and his latest Ego.

Tully C: “I Been making music going on 8 years now. This is my 3rd EP I’ve released in the last year. (Favour, The 7th Day, and now Ego)” 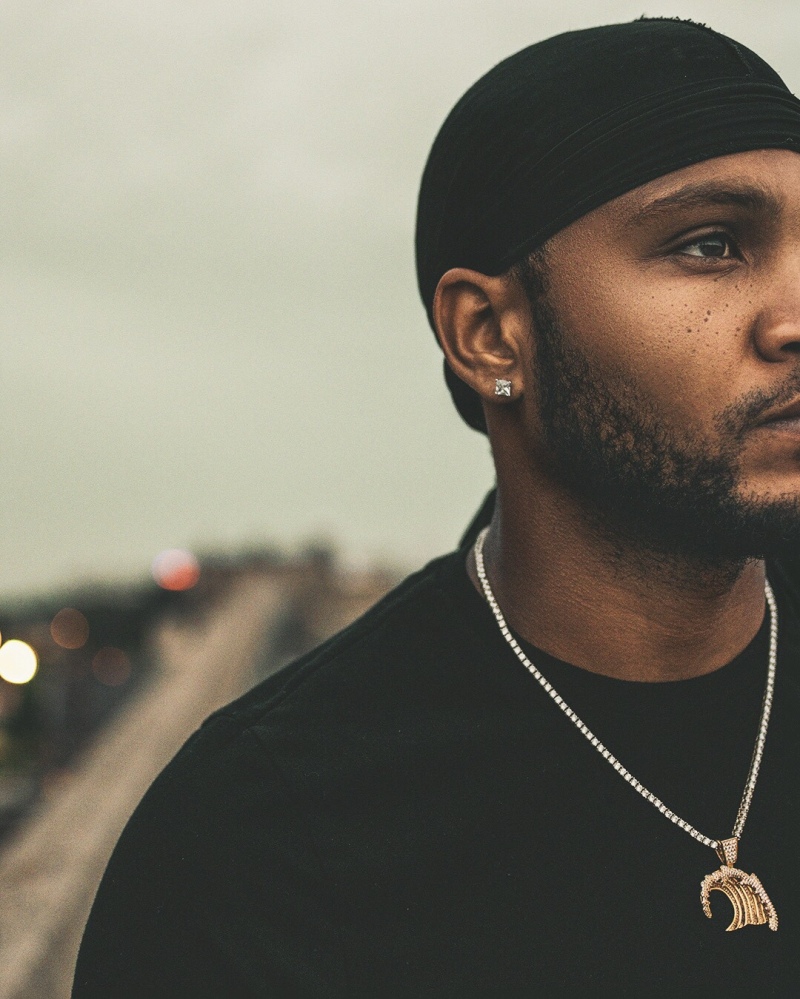 TC: “On this project I wanted to share some true feelings and take it a little deeper and open up my life book a little more for fans and new fans to come. It’s the balance of having your ego but maintaining your humbleness as well. In this game, that’s what it’s about. Who the nicest, who the illest, right? But for me, I know I’m a good artist. How do I remain focused on getting better and continuing to be open to learn. That’s where I’m at mentally.”

“I don’t come from a music city. But I have a lot of upbringing on the east coast and in the south. I think that’s why my sound is a blend of both. I wanted my sound to be well rounded, because I’m influenced by the different places I’ve been and lived and also by family.” 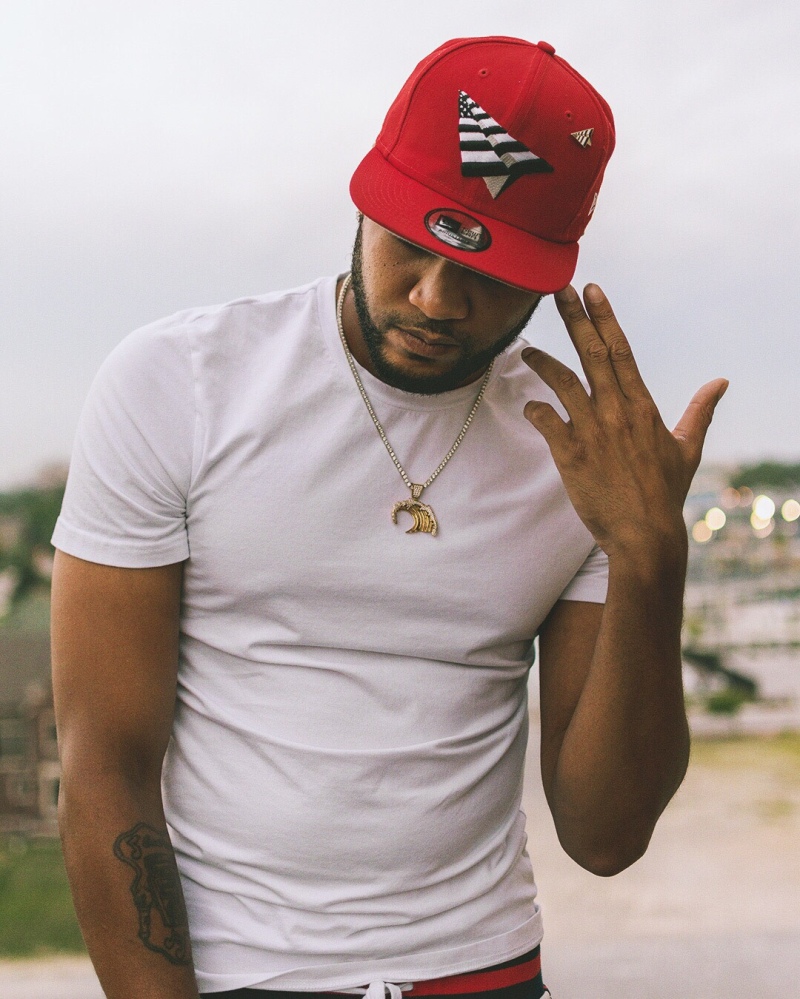 Tully opens the EP with the laid-back “Switchin my shit up” over skittering drums, he coolly delivers lines like “Ain’t taking no calls, no text/ baby girl tryna get hit up.” The funky bass and smooth effects on “Rare Form” feat Foxd’legnd shows Tully on polished production with vibrant horns and fuzzy guitar riffs. Tully boasting lines like “Every verse I spill, got that goat feel” show him flexing his confidence. The playful, r&b flavored “Dior Dress” co-produced by 5th lxtter features Andre Furrari showing off some harmonies while Tully describes the various ways he maintains and treats his woman. Tully delivers an enjoyable joint with”New Hov” feat Poindexter. Producer Geechie lays a strong sample with ample drums, while Tully provides a solid hook and plenty of entertaining lines for a highlight of Ego. Combining an array of ticking drums, effects and subtle samples, Tully details having fun, reminiscing about all his former conquests and, of course, flexing a bit on “Faces.” Another high point, “Ego Trippin” feat Bub Rock shows Tully dropping some gems with lines like: “Ain’t no awards in the hood, just make it before you die/and throw a party like it’s good you made it to 25.” A great pairing of Long Island’s Bub and his thoughtful rhymes along with Tully’s casual and smooth delivery.

On “Humble Me,” Tully speaks on suppressing some of his pride in order to maintain his relationship with his woman. Here Tully shows some vulnerability, opening up and allowing the world to see some of his flaws and insecurities.

TC:“I titled the EP “Ego” initially because me and my girl were arguing, hahaha. Straight up. She told me I have an ego problem and needed to check that shit. I thought naming it that was appropriate because on a deeper level, this past year has been an eye opener for me. I lost a brother, moved to Atlanta with pretty much no bread, and I now have a baby on the way which I’m excited to bring into the world.”

“I’ve had to check a lot of that Ego at the door. I’ve always felt like one of the top, If not the top artist in my city from lyrics to how it sounds sonically. And at this point quite frankly I am at the top of the city when it comes to this rap shit. I’m a super humble dude and I’ve been told I hold back because of it.”

Paper Cleveland lends his vocal talents on the hook to the closer “So Long,” while Tully creeps over the slinking beat with two focused verses.

TC: “I wanted to simply deliver my best work and I think I have. With this project, I wanted to focus on the aspects of what an ego consists of. So being confident, like on ‘Rare Form’, ‘Switching My Shit Up’ and ‘So Long’; being kind of an asshole, like on ‘Dior Dress’ ‘Faces’ and also humbleness like on ‘Ego Trippin’ and ‘Humble Me’.”

Tully certainly provides fans with some of those dynamic characteristics, coming across clearly in the beats, his lyrics and his overall approach/attitude. The project provides plenty of highlights, with mostly fun and upbeat vibes. Tully keeps it positive and avoids the cliched drug bars while still bringing a healthy dose of strong, confident rhymes without ever sounding soft.

TC: “I’m good but I wanna continue to get better and surround myself with like-minded individuals.” 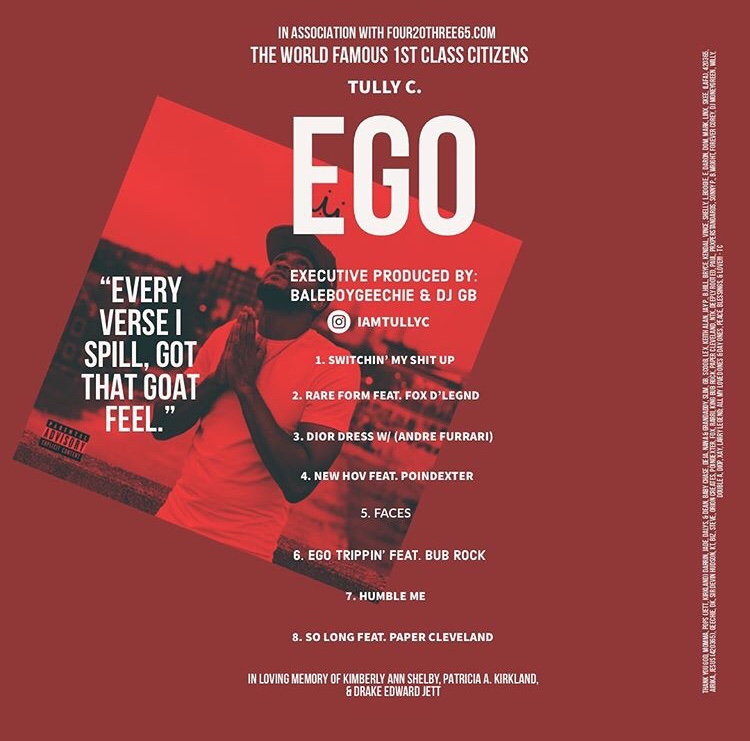