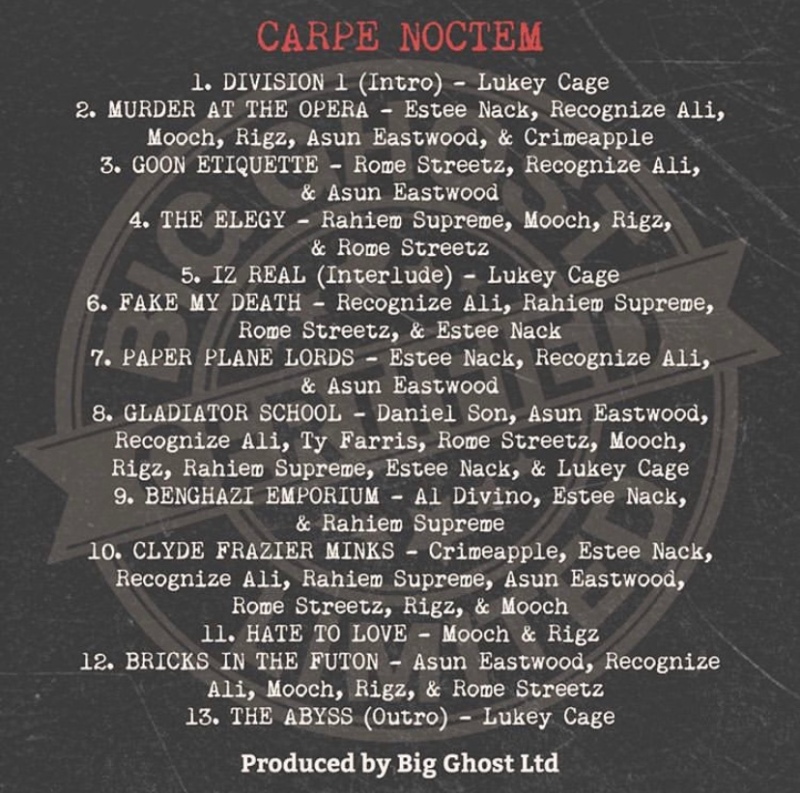 From it’s Latin origin, Carpe Noctem translates to “Seize the Night”. Producer Big Ghost Ltd, known for his own mysterious ways, calls upon his fellow night riders and nocturnal deviants to form a super emcee team to maintain stronghold of the indie rap underworld.

“The project is called Carpe Noctem, as well as the unofficial group collective name. Originally it was The Big East.”

The Core Squad: undergound elites like Daniel Son, Ty Farris, Al Divino all check-in for a verse (Crimeapple has 2 guest spots) and definitely bring their A-game, but it’s the main group that Big Ghost uses in different formations throughout the album. The grizzled veteran, Estee Nack brings his multitude of rhyme schemes and crazy imagery, Rigz delivers his slick nasally drawl, Mooch weaves crack tales with his smoked out high register, Recognize Ali reigns down with his confident raspy flow, Rome Streetz provides the creative street wordplay, Rahiem Supreme brings his smooth flow, and Asun Eastwood comes with his brash, no nonsense attitude. Big Ghost has put together an all-star posse album, not just a compilation project.

“I actually really had a vision to bring all the nicest underground artists together on some supergroup shit. This roster changed a few times. Different circumstances forced me to stay on my toes. One straight up had no interest..one lost interest.. one made up wack ass excuses. I hold no ill will towards the first two.”

On “Murder at The opera” Big Ghost lays an aptly-placed high octave vocal loop that flutters into the stratosphere as the low end rumbles throughout the track. Estee Nack opens it up with murderous lines while Crimeapple closes it out with his creatively humorous punchlines. On “Goon Ettiquette” the emcees spit fierce bars over Big Ghost’s subtle guitar loops and elegant percussion. The beat switches up to a murder mystery with resonating xylo notes as Rec Ali drops his focused verse. With a smooth bass groove, and delicate touches as a nod to those gone, Mooch sets it off on “The Elegy,” with Rahiem bringing the poignant hook. On “Fake my Death” Big Ghost provides a mix of swirling strings, a funky guitar riff and rolling drums. As Nack unloads a clip, the beat unfolds into “Paper Plane Lords” where we hear Nack resume, as the tracks blend flawlessly into one another. 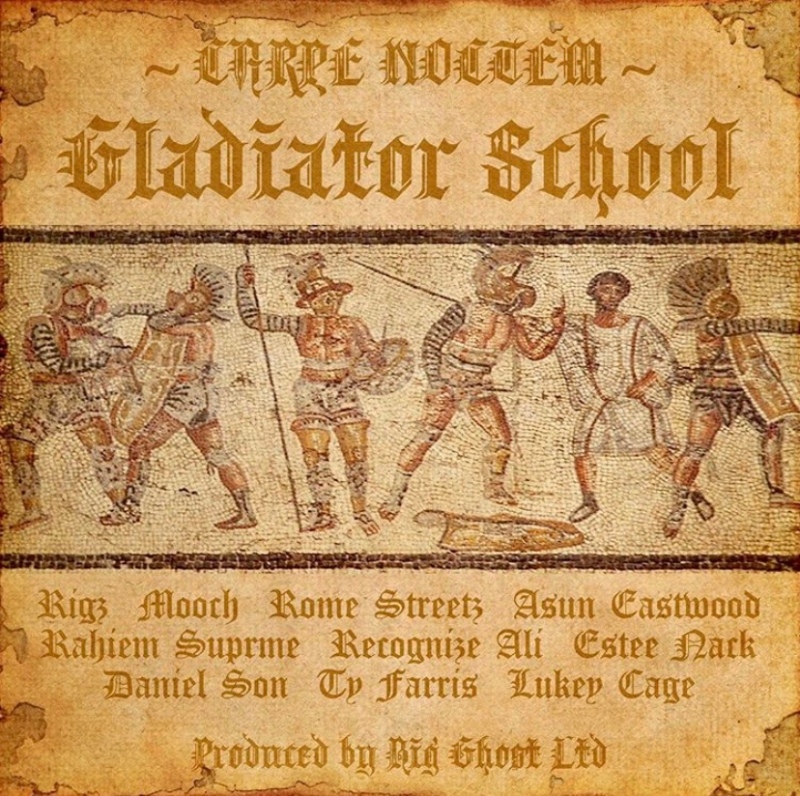 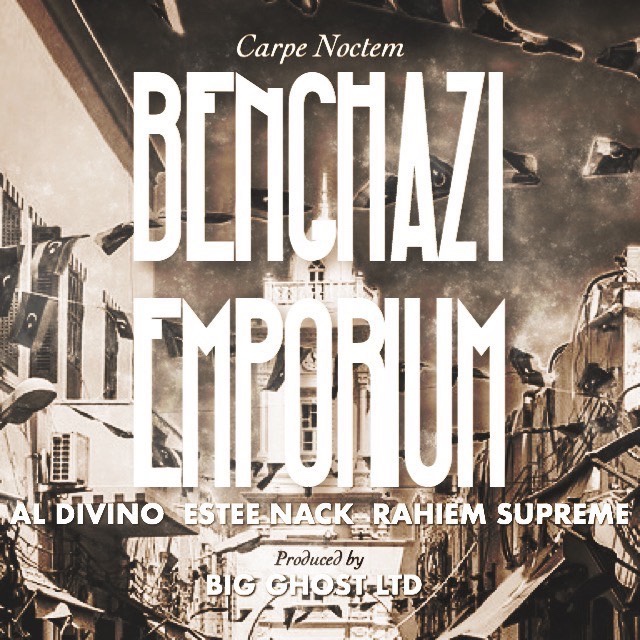 “Benghazi Emporium” features Al Divino, Estee Nack and Rahiem Supreme over scattering, sputtering flutes and a sawing guitar. Divino sets it off as he stutter steps with his slurry street slang. Nack delivers rapid fire bars as he tiptoes over the beat, while Rahiem comes through with the fly, luxurious imagery to close it out.

Check out the track on SoundCloud here: 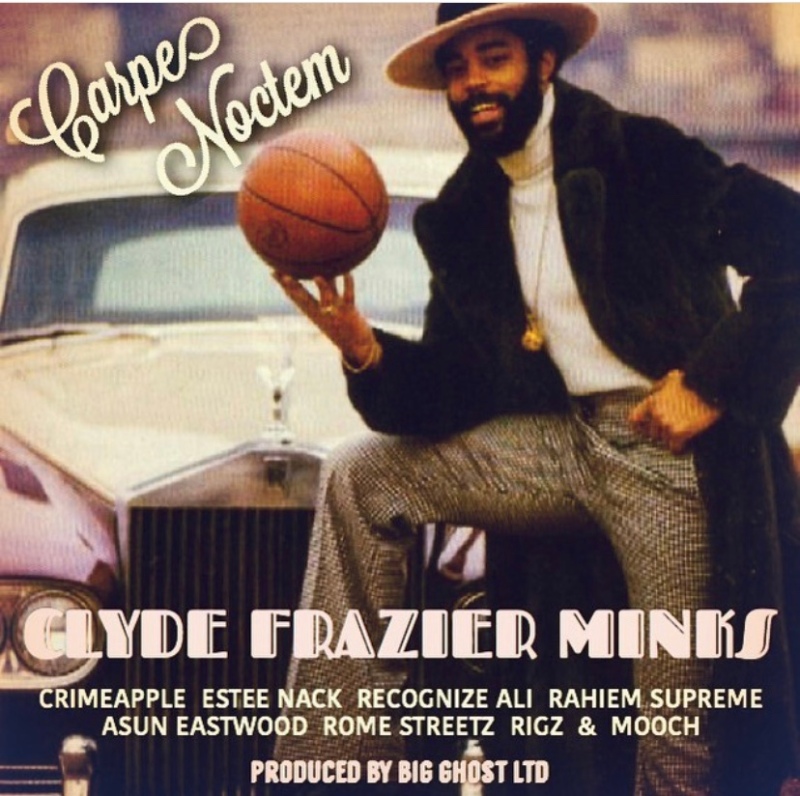 “Clyde Frazier Minks,” features Crimeapple, Estee Nack, Recognize Ali, Rahiem Supreme, Asun Eastwood, Rome Streetz, Rigz and Mooch. Big Ghost brings the distorted instrumentals on this banger, with swirling synth effects, twisted guitar notes and tumbling drums. The beat switches a couple times throughout, using some subtle digi effects, while leaving plenty of space for the emcees to all do their own fly maneuvers on the beat.

Mooch and Rigz keep it amongst Da Cloth on “Hate to Love” over high keyboard synth notes. With “Bricks in the Futon” Big Ghost lays down the dooming vocal choral loop, ominous bells ringing in the distance and a buzzing guitar note as Asun, Rec Ali, Mooch, Rigz and Rome all float on this drumless track.

DRHH: Do you find that you seek out some of these “underground” emcees as emerging artists gaining steam? Like, are you conscious of that and focus on that? I think of all the artists you’ve worked with: Hus, Vic, Ankh, Crime, obviously Griselda, now Rigz and Mooch, etc

“Yeaaaa.. I definitely try to catch em early before they got a lot of work out. I’m not really tryna help nobody drop album number 47… And it depends on the artist. But I also start a lot of the process outside of the public eye. I had hit a lot of those artists a year or two before we finished a project. For Carpe Noctem even.”

The album plays seamlessly from track to track even with the hilarious Lukey Cage skit god interludes thrown in. Cage closes out the album with his interpretation of the underground genre, claiming that the underground isn’t what it once was, but has transformed into an open-ended abyss. 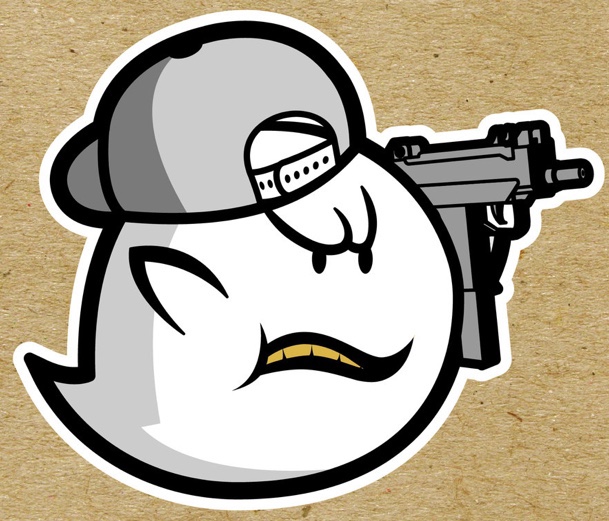 DRHH: At the end of Carpe Noctem, on “The Abyss,” Lukey talks about the change and the evolution of the underground genre.. What are your thoughts on that?

“I think its like he said.. The underground…like the real bottomless underground.. not the struggling mfs who try to make palatable mainstream shit and happen to languish in the ocean of unlistenable mediocrity they deserve to remain in forever… the actual underground that drives this culture and compels moguls like Hov and Eminem to get they hands dirty and pay attention… For the first time since like 36 Chambers that real raw uncompromising hip hop is creating waves and getting respected by everybody. So now you can come straight from that and continue to do what you do how you been doing it.. except now you might have a machine behind you. Uncompromising shit. The only issue might be samples. But like Griselda proved…there can be ways around that too.”

Big Ghost Ltd pulls together a Big East, All-Conference team on Carpe Noctem, full of hard-hitting drums, resonating synths and sharp lyrics from some of the game’s top spitters. Creeping up from the dark abyss of the underground into the night, the Carpe Noctem collective shines brightly. 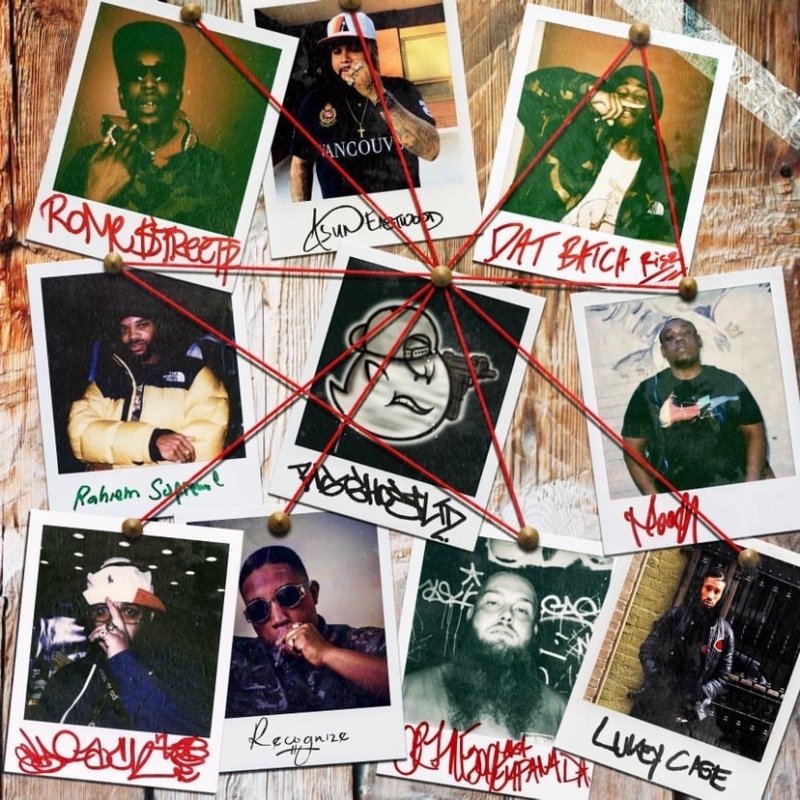 Check for the album out available here: